Westpro Portus is an extraordinary housing complex being built in Verkkosaari, Helsinki. It will be built partly over the sea. The current shoreline will be extended further to the sea by over 15 meters. The buildings will have 14 000 m2 of living space including 206 apartments and 570 m2 of retail space. The tallest building will be 14 stores high. Constructor is Westpro cc Oy. Their estimated time of the completion is summer 2020 for the first part of the building and summer 2021 for the second part. 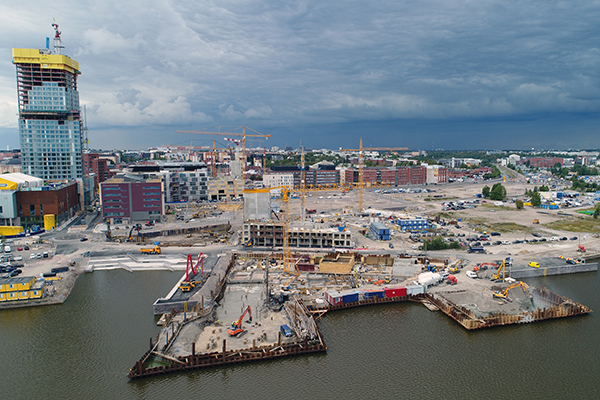 The ground conditions have been challenging at the job site. There are varying soil layers underneath the construction site including 0-10 meters of soft clay, 0-12 meters of silt, 0-7 meters of sand and 0-13 meters of moraine. The bedrock surface level ranges from -5 meters to -24 meters. The shoreline has been previously extended by filling and reinforcing the shores with boulders and blasted rock. Sipti Consulting Oy is responsible for the geotechnical engineering of the project and E.M. Pekkinen Oy is the contractor for excavations and foundations. E.M. Pekkinen Oy is responsible for the structures at the waterfront and on top of the water. Contract includes not only considerable amount of RD-piles for foundations but also retaining walls, anchoring, excavation work, mass stabilization and cast-in-place structures for the basement.

The foundation work has started in September 2017 and will be finalized during the start of the year 2019. The piling work will be finished by the end of October. Sotkamon Porapaalu Oy is the piling contractor for the large diameter piles and Fingeo Oy for the smaller piles.

“All the piles drilled during the fall have been delivered produced-to-length, in average 20 meters in length and there have been no splice welding at site. This means time and cost savings at the job site.” says Petri Kunnari, Works Manager, E.M. Pekkinen Oy, and continues “We were satisfied with the deliveries. We needed to make some changes to the original amounts of piles, but there were no problems with those either. RD piles are very familiar to us and they work well. During the project the original time schedule was delayed due to the different ground conditions than expected. However this had effect to other project phases, not the piling work.” 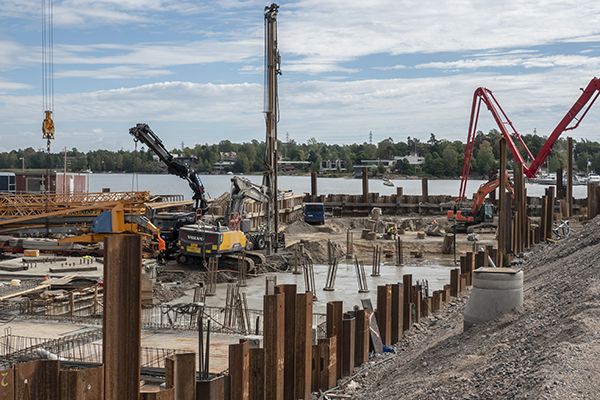 SSAB has delivered to E.M.Pekkinen Oy 10 850 meters (700 ton) of RD220/12.5, 964 meters (226 ton) of RD600/16 and 1 432 meters (393 tons) of RD700/16. RD220 piles have been produced in SSAB’s Pulkkila mill in Finland. Most of them have been delivered in 12 meter length, but the longest piles delivered were 15 meters. RD600 and RD700 piles have been produced in SSAB’s Oulainen mill in Finland. Pile lengths have varied from 9.0 meters all the way up to 24 meters. Thanks to the produced-to-length piles most of the time consuming and expensive splice welding at the site have been avoided. For some of the piles it was needed to do splice welding at the site because the bedrock was lower than expected and the drilling level was raised. Also all large diameter RD piles were made of S440J2H steel grade, instead of S355J2H which is more common on large diameter piles. SSAB’s deliveries to the job site continued from the November 2017 to September 2018. 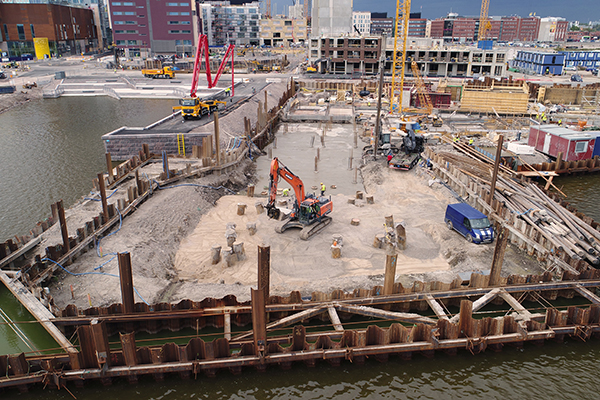 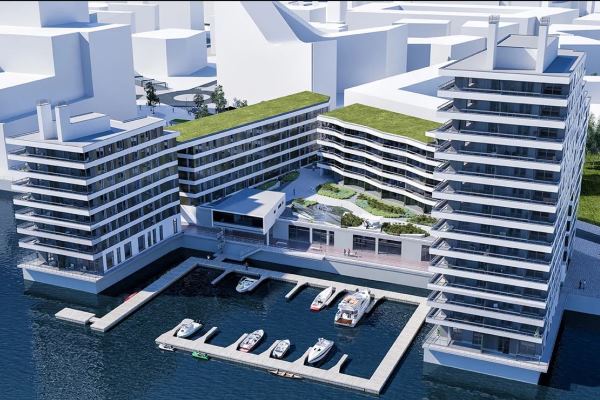