We have new non-human team members in SSAB. Software robots named “Ssabine” are now being used to perform several administrative tasks across the company. These “digital workers” are doing manual, repetitive tasks, which allows employees to focus on more value added tasks. 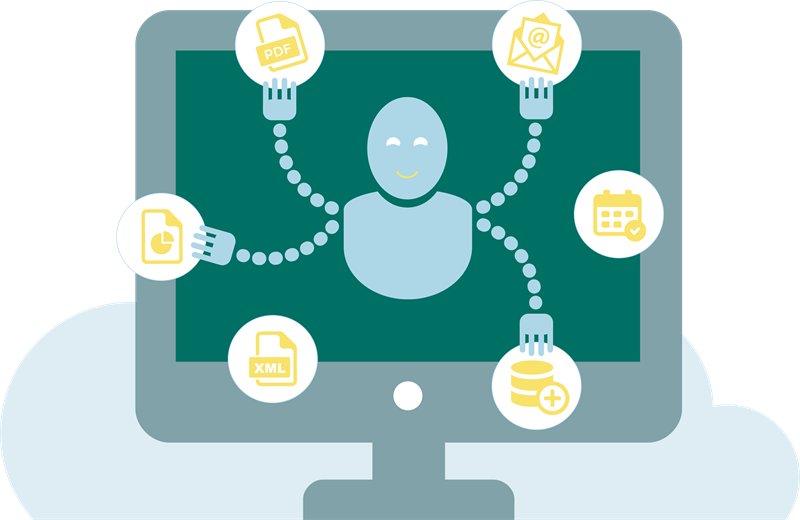 About a year ago, SSAB’s digital teams began examining ways SSAB could use RPA. RPA has already been implemented for several processes in Finance, IT and Global Business Services.

The name “Ssabine” was selected for SSAB’s RPA through an internal naming contest. Hanna Larsson, Delivery Support in Borlänge, suggested the chosen name, which is intended to be easily recognized as an SSAB robot. While the robots all will have Ssabine as their first name, the different teams working with the robots will choose each RPA’s last name in order to distinguish them from each other and to connect them to what they do.

RPA has already been implemented on several processes in SSAB Americas, with great success.

"RPA allowed us to take approximately 20 hours a month out of the task of gathering information to set transfer pricing,” said Deb Heinzel from SSAB Americas. “The robot accesses multiple systems, pulls the appropriate data and builds a spreadsheet for review. The process used to be done by a person over a couple of weeks. It now takes the robot less than an hour. More time can now be spent on analysis and other value added tasks.”

In SSAB Europe, results of using RPA have been equally positive. “We now have nine different processes being performed by Ssabines, for example in Finance, IT and Global Business Services,” said Anna Lagerhed from SSAB Digital Business Development. “The results have been very positive and we aim to increase the number of processes to 25 by the end of this year, which would make us stand out. There are companies with a lot more software robots, but they are very few.”

Anna said there are many benefits to using RPA.

“It is fast and relatively cheap to implement, it ensures high speed, consistent quality and it frees up time for people to spend more time on high-value tasks,” she said. “RPA can also, temporarily or permanently, replace system integrations as it can easily transfer huge amounts of data between different systems, applications or files.”

How does RPA work?

Building an automated process with RPA software means documenting in detail how the task is done, click by click. Essentially, it means creating a virtual instruction manual for the robot. Then the robot will be configured to perform the task correctly, quickly and in the same way every time. The RPA software used to "train" robots is faster and cheaper to implement than traditional system development.

When is RPA not a good choice?

If a process relies on unstructured data, such as free text, images, files without a predictable structure, complex decisions or human judgment, RPA is usually not the way to go. Many processes are very difficult to automate end-to-end with RPA, but it can often complement other solutions.

When is RPA used?

RPA is suited for automating repetitive and predictable tasks that require little to no human judgment. Digital, structured data is required as input, such as Excel or PDF files. Examples of tasks usually suited to RPA automation include the following: 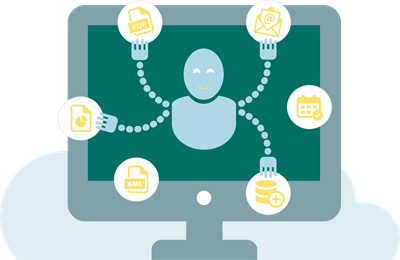 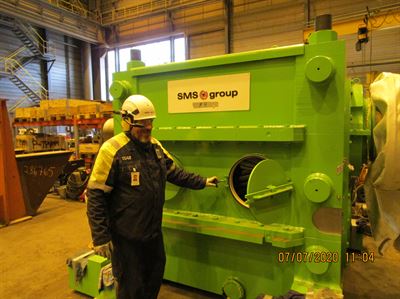 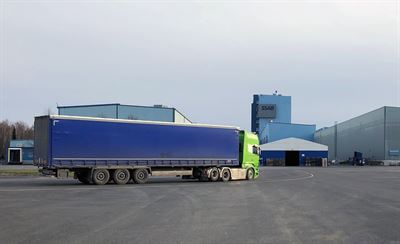 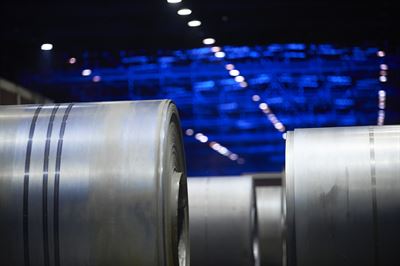