PileWallCalc, a design tool for steel pile walls, has had a major update.

PileWallCalc, a design tool for steel pile walls, has been facing a major update. Naturally there were many things updated, but two new features are clearly more important than others. These are; adding calculation of shear resistance and calculation of bending resistance to both directions.

Shear resistance together with combined resistances M+V, N+V and M+N+V gives designer much better understanding of the resistance of the wall. Retaining walls are mainly facing bending moment which means that they are also facing shear forces at the support points. And since often these support points are anchor levels along the wall, there are both M and V present.

The other of the most important updates was update to the calculation of bending resistance. Now the analysis is done to both bending directions. This feature is especially beneficial for structures facing unequal corrosion allowances on different sides of the wall.

Bending of an eccentric structure

When an RD pile wall or a combined wall is facing unequal corrosion values on different sides of the wall, for example in retaining wall of a basement the side against soil has higher corrosion value than the side against basement; the bending resistance may depend on the direction of the bending. Highest influence comes when the side of higher corrosion allowance reaches cross-section class 4 while other side of the wall belongs to cross-section class 1, 2 or 3.

Updated version of PileWallCalc gives now resistance values and graphs for bending to both directions. An example of a resistance graph for eccentric structure is shown in Figure 1 below. 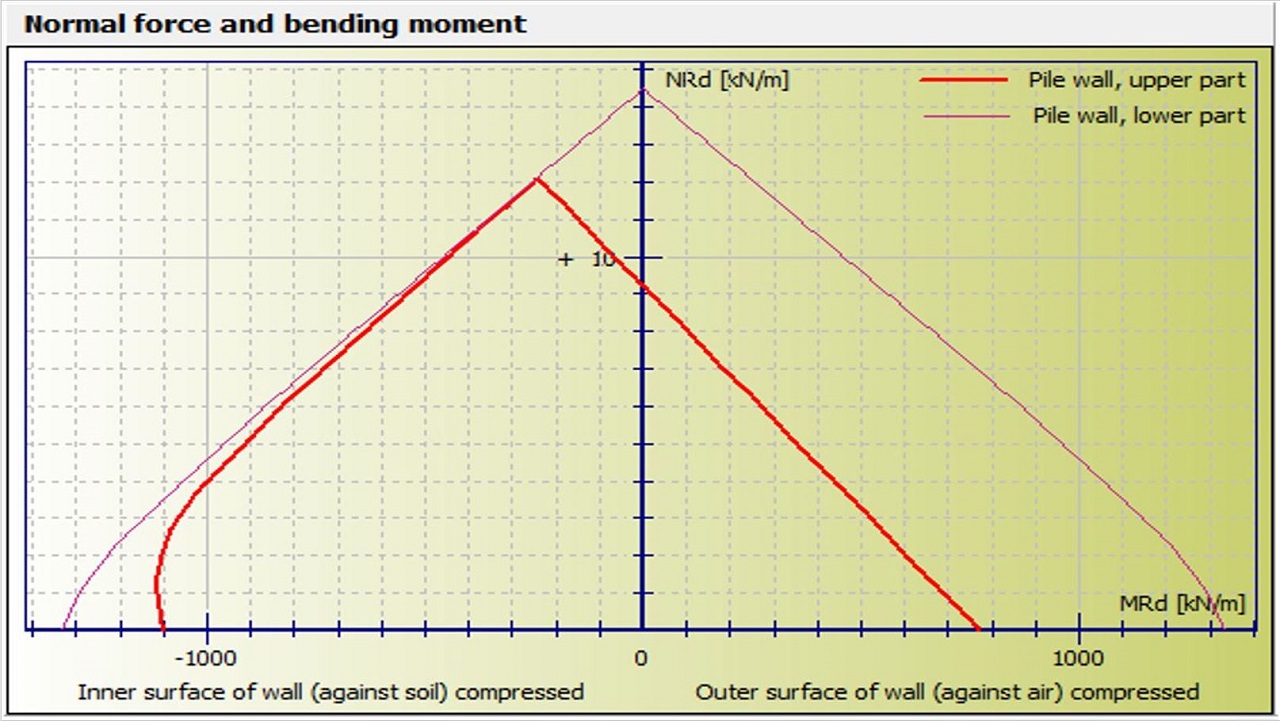 Figure 1. Resistance graph for combined Normal force and Bending moment, upper part of the wall is eccentric due to unequal corrosion allowances.

Shear resistance of the wall

PileWallCalc also offers possibility to input shear force VEd affecting to structure. Program calculates the reduction to combined M+N resistance due to shear force and draws resistance graph for it. Program also allows user to input NEd and MEd values, calculates corresponding resistance values and shows these as dots in the graph. 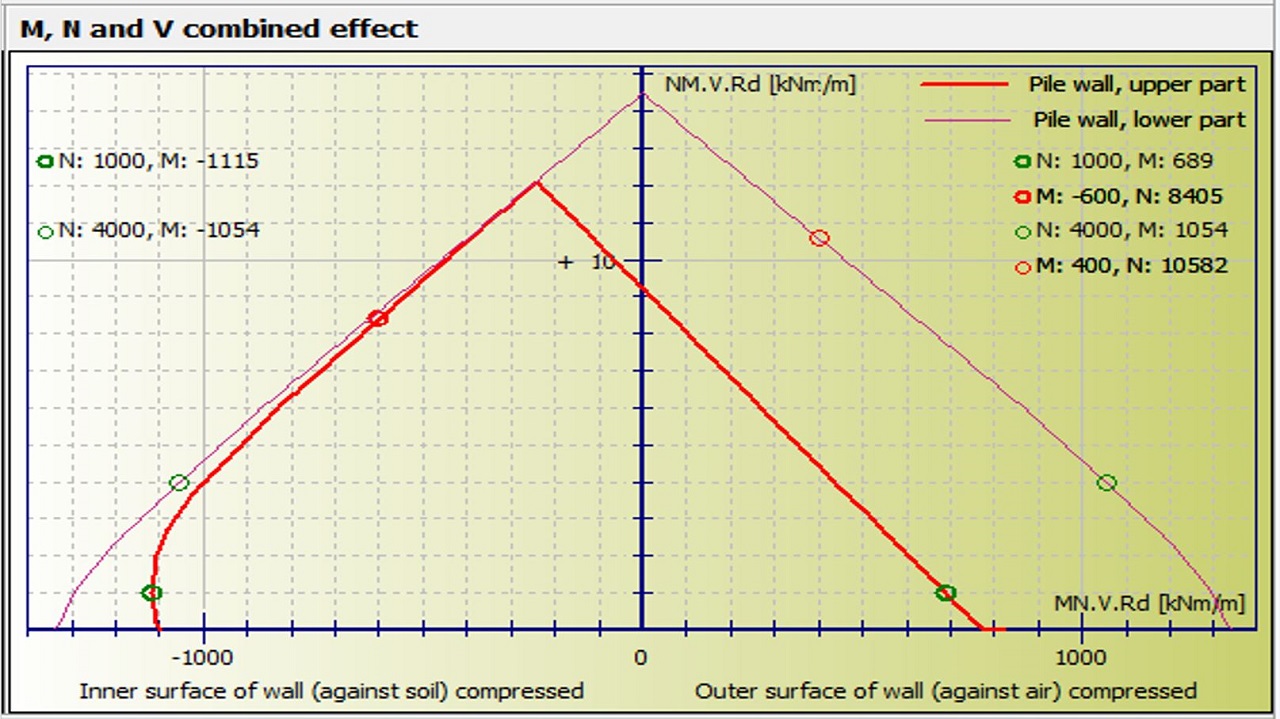 Also many smaller updates and fixes

Besides above mentioned major updates, there were also many smaller updates. For example steel grade B500B for reinforcement bars is now included in library. Also small error in dimensions related to E21 and E22 interlocks is now fixed.

If program is unregistered, installed for the first time or registration has expired, there will be a dialogue shown upon starting of the program. This dialogue offers clearly easier bath for users to enter program registration.

Both of the programs are free and the installation packages can be downloaded from design tools page.