Karl-Petter Thorwaldsson, former president of the Swedish Trade Union Confederation, LO, is to join SSAB as Senior Advisor to strengthen the company’s government relations and public affairs in Sweden and at the EU level. The recruitment is a step in SSAB’s ambition to lead the green transformation in the steel industry, which requires good, close dialogue between industry and society in general. Karl-Petter Thorwaldsson will report directly to Martin Lindqvist, SSAB’s President and CEO.

“SSAB is doing a fantastic job to fundamentally transform the steelmaking process and to reduce not just Nordic, but also global carbon dioxide emissions. Through the HYBRIT initiative, SSAB has changed the image of Sweden’s basic industry more than any other Swedish company has in modern times. Industry has an important significance for Sweden as a nation and for our competitiveness and prosperity. I look forward to using my experience to contribute to and create the preconditions for a new Swedish green export success and new green jobs,” says Karl-Petter Thorwaldsson.Karl-Petter Thorwaldsson has held many weighty posts in Swedish politics and the Swedish and international trade union movement. He has served as president of the Swedish Trade Union Federation (LO), the Workers’ Educational Association (ABF) and the Swedish Social Democratic Youth League (SSU). He is currently deputy president of the International Trade Union Federation (ITUF). 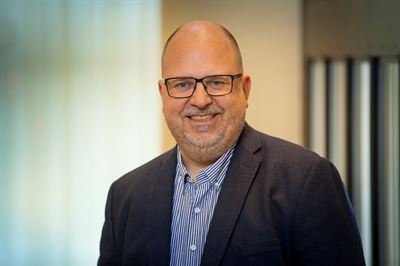 SSAB to initiate negotiations to reduce workforce in Finland

SSAB is to initiate employer-employee negotiations regarding a potential reduction in the workforce at SSAB Europe division’s production site in Raahe and in the Ruukki Construction division. These negotiations are being initiated due to reasons related to production, financial situation and operational restructuring. The negotiations will affect around 2,900 employees in Finland and there is a need to reduce the workforce by a maximum of 295 persons. The negotiations at Ruukki Construction aim to reduce costs by a total of at least SEK 200 million on a permanent annual basis. This is in addition to SSAB’s cost synergies of SEK 1.4 billion announced earlier.

SSAB’s University Challenge is an opportunity for students to present their ideas for new, innovative solutions using high-strength steels. Applications are now being accepted for the annual competition, with a deadline of October 15. Happening in conjunction with the Swedish Steel Prize competition, the winner of this year’s University Challenge will be announced in November in Stockholm, Sweden.