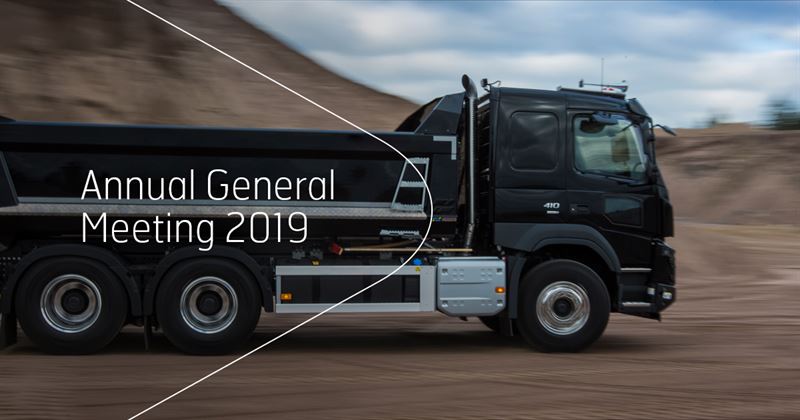 The name, personal identification number (or company registration number), address and telephone number of the shareholder must be provided in the notice.

In order to be entitled to attend the Annual General Meeting, shareholders whose shares are registered in the name of a nominee must temporarily re-register the shares in their own name. Such re-registration must be effected at Euroclear Sweden AB on Tuesday, April 2, 2019. Thus, the nominee should be contacted in ample time prior to that date.

Proxies in original and, with respect to a legal entity, a certificate of registration, should be submitted in ample time prior to the Annual General Meeting to: SSAB AB (publ), Årsstämma, c/o Euroclear Sweden, Box 191, 101 23 Stockholm, Sweden. The Company provides proxy forms for shareholders wishing to be represented by a proxy. The form is available on the Company’s website, www.ssab.com and will be sent to those shareholders who so request and state their mailing address. Order may be placed by telephone on +46 8 45 45 760.

Please see below for information on the processing of personal data in connection with the Annual General Meeting.

1. Election of a chairman of the meeting

2. Preparation and approval of the voting register

3. Approval of the agenda proposed by the Board of Directors

4. Election of one or two persons to attest the minutes of the meeting

5. Determination whether the meeting has been duly convened

8. Determination of the number of directors

9. Determination of fees for the Chairman of the Board, directors and auditors

10. Election of the Board of Directors

11. Election of the Chairman of the Board

12. Resolutions regarding number of auditors and auditor election

13. Approval of guidelines for determination of salaries and other compensation for the President and other senior executives

15. Closing of the Annual General Meeting

A. The Nomination Committee proposes:

1. that attorney Sven Unger be appointed to chair the meeting;

8. that there be eight directors;

Bo Annvik was born in 1965 and holds a Master of Science degree in Business Administration. He is President and CEO of Indutrade AB since 2017 and has previously been CEO of Haldex AB as well as held senior management positions in Volvo Cars, SKF and Outokumpu.

Marie Grönborg was born in 1970 and holds a Master of Science degree in engineering. She is EVP in Perstorp Group, Business Area Specialties & Solutions and has previously held senior management positions in Perstorp Group and Formox AB.

11. that Bengt Kjell be re-elected as Chairman of the Board; and

12. in accordance with the recommendation by the Audit Committee, that the auditors shall be one registered auditing company and to elect the audit firm Ernst & Young AB as the company’s auditor for the period until the end of the 2020 Annual General Meeting.

B. The Board of Directors proposes:

The Board proposes a dividend of SEK 1.50 per share.

Wednesday, April 10, 2019, is proposed as the record date for payment of the dividend. Provided that the Meeting resolves in accordance with the proposal, dividends are expected to be distributed by Euroclear Sweden AB on Monday, April 15, 2019.

13. Approval of guidelines for determination of salaries and other compensation for the President and other senior executives.

Compensation to the President and other members of the Company’s senior management shall comprise of:

The variable compensation programs shall be structured such that the Board of Directors has the possibility, should exceptional circumstances prevail, to restrict the payment of variable compensations, or to decline to make such payment, where such a measure is deemed reasonable and compatible with the Company's responsibilities to its shareholders, employees and other stakeholders.

Consultant fees in line with prevailing market conditions may be payable insofar as any director performs work on behalf of the Company, in addition to the Board work.

Pension benefits shall be contribution-based with individual retirement ages in no case earlier than the age of 62.

In the event the employment terminates prior to the retirement age, the executive shall receive a paid-up policy for earned pension.

The Board of Directors shall be entitled to deviate from the guidelines where special reasons exist in an individual case.

For detailed information regarding current compensation structures, reference is made to note 2 in the Annual Report for the financial year 2018.

The Board of Directors proposes that the Annual General Meeting authorize the Board of Directors to, at one or several occasions up to the next Annual General Meeting, resolve on new issues of shares of series B, with or without the disapplication of the shareholders’ preferential rights to subscribe for shares. The total number of shares that may be issued by exercise of the authorization shall be within the limits of the articles of association and not exceed ten (10) per cent of the total number of shares in the company at the time of the Board’s resolution to issue new shares.

The reason for the proposal and for the possibility to disapply the shareholders’ preferential rights is to allow for flexibility in connection with potential acquisitions or to raise capital by reason of acquisitions.

In order to be valid, a resolution pursuant to this item requires the approval of at least two thirds of the votes cast and the shares represented at the Annual General Meeting.

Information at the Annual General Meeting

The shareholders are entitled to some information at the Annual General Meeting. The Board of Directors and the President shall, if any shareholder so requests and the Board of Directors believes that it can be done without material harm to the Company, provide information regarding circumstances that may affect the assessment of an item on the agenda and circumstances that can affect the assessment of the Company’s or its subsidiaries’ financial situation and the Company’s relation to other companies within the group.

For information on how personal data is processed in connection with the Annual General Meeting, see https://www.euroclear.com/dam/ESw/Legal/Privacy-notice-bolagsstammor-engelska.pdf.

The Nomination Committee’s proposals and motivated opinion together with information regarding all board members proposed to the Board of Directors of the Company will be available on the Company’s website, www.ssab.com. The Annual Report and auditor’s report and the auditor’s opinion whether the Annual General Meeting’s guidelines for compensation to senior executives have been complied with will be available at the Company's offices on Klarabergsviadukten 70, D6, Stockholm and on the Company's website, www.ssab.com, commencing Monday, March 18, 2019 and will be sent to those shareholders who so request and state their address. Orders may be placed by telephone on +46 8-45 45 760.

Number of shares and votes

The Board of Directors

Registration will commence at 12 noon and coffee and sandwich will be served before the meeting commences. 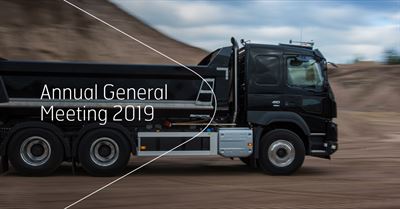 The shareholders of SSAB AB (publ) (company registration number 556016-3429) are hereby given notice to attend the Annual General Meeting to be held on Wednesday, April 6, 2022. Due to the corona virus, the Board of Directors has decided that the Annual General Meeting will be held without the physical presence of shareholders, representatives or third parties, and that the shareholders will only be able to exercise their voting rights in advance through so-called postal voting ahead of the meeting.

SSAB's annual general meeting (AGM) was held today, April 1, 2020, in Stockholm. The AGM resolved that no dividend will be paid for the financial year 2019.

SSAB’s Board of Directors decides to withdraw the dividend proposal

Due to the increased uncertainty regarding the economic development related to Covid-19, the Board of Directors proposes that the Annual General Meeting on April 1, 2020 resolves that no dividend will be paid for the financial year 2019.