SSAB has a significant role as a trapezoidal section (VU sections) supplier in Europe. VU sections are very effective way to brace steel plate structures so they are found in projects of long span bridges, footbridges, drawbridges, links pans and versatile deck structures.

Use of roll forming as manufacturing method in SSAB’s Toijala mill guarantees accurate dimensions and shapes for sections which are well recognized not only in Scandinavia but also in Continental Europe. Sections are delivered to the customers in final lengths which makes manufacturing of the final steel structure much faster, easier and cost-effective. Toijala mill is very flexible to optimize production on customer’s request, which is valuable since all projects have individual needs with different shapes, dimensions and lengths. 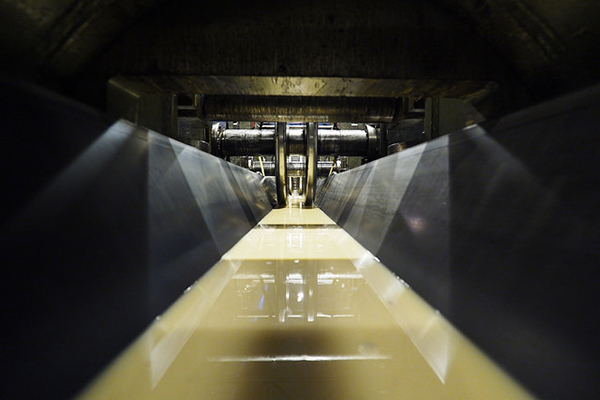 Use of roll forming as manufacturing method in SSAB’s Toijala mill guarantees accurate dimensions and shapes for sections.

Poland has well recognized the potential of structures based on trapezoidal sections. SSAB has delivered kilometers of VU sections to Poland. Projects include Northern Bridge in Warsaw (1500 tons of delivered material), Eastern Bridge in Torun (650 tons) and Łazienkowski Bridge in Warsaw (800 tons). Polish steel service centers have started nowadays provide deck components not only for domestic projects but they also act as subcontractors for foreign market projects. 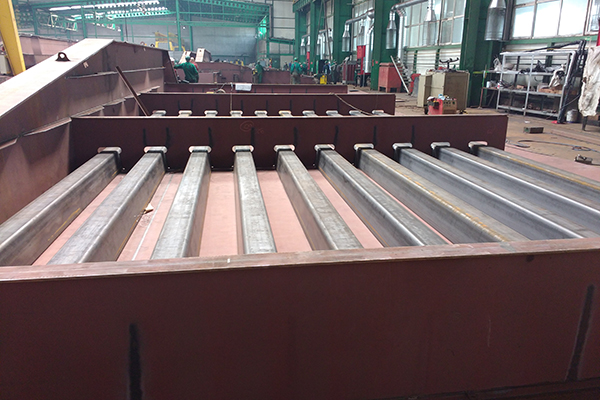 
VU section projects in execution phase in Poland during 2017

SSAB delivered 263 tons of VU sections to Visteel company, who is the subcontractor of Tana Bru bridge. The sections were processed in Gdynia production hall and then shipped to Norway. New bridge is located on the E6 motorway between East and West Finnmark as part of the national road network between Nordkjosbotn - Kirkenes. It has a length of 259 meters and it replaced existing Tana bridge - a narrow, 220 meter long suspension bridge from year 1948.

Intercor company won the tender for railway bridge over Bug river in the east of Poland. It will replace old one-track 348 meter long bridge built in 1968. To avoid a bottleneck in this area the decision was taken to erect a new two-track steel bridge. It will consist of 5 spectacular arch spans. Decks will be suspended for each arch. Right now bridge components are being produced in Intercor’s production hall in Zawiercie. SSAB has delivered 215 tons of VU-sections for the project. The new bridge should be ready till the end of 2018.

Intercor has also executed a footbridge project in the historical part of Gdańsk over Motława river. The drawbridge is 40 meter long and the steel structure weigh is about 90 tons. A massive Shipyard crane capable of lifting up to 200 tons was used to place the ready-made component on its final position. The official opening took place on the 17th of June 2017. 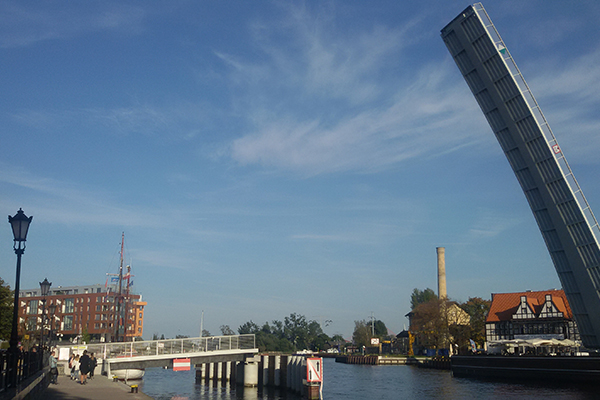 Drawbridge in the historical center of Gdańsk over Motława river

Komarno Bridge over the Danube River in Hungary

The Komarno Bridge project in Hungary over the Danube River between Slovakia and Hungary has suffered several delays because of changes to procurement rules in Hungary. Now Hungarian construction companies Hidepito and Meszaros es Meszaros have won a tender and construction works have been launched. The 600 m bridge will connect the Slovakian town of Komarno and the Hungarian town of Komarom. The contract is worth just over €91 million and construction will take 33 months. SSAB will deliver 950 tons of VU sections from Toijala mill. The deliveries will start in January. The specification consists of 6 different size items in a great number of lengths. Delivery schedule requires flexible production and delivery of all items within the same scope of time. First bridge axis components should be delivered to the job site in Komarno at the beginning of March 2018 by Polish company Banimex and their Slovak subcontractor, SAM - Shipbuilding And Machinery A.S.

VU sections are a good solution for link span structures. SSAB has delivered this year in Poland 100 tons VU sections to Vogen Gdynia for these particular deck structures. Vogen focuses on leading ports and terminals solutions in cooperation with MacGregor, who is the leader in all maritime segments.

Link span is a type of drawbridge used mainly in the operation of moving vehicles on and off a RO-RO vessel or ferry, particularly to allow for tidal changes in water level. By linking the ship to the shore, the link span enables the smooth and efficient loading and discharging of a vessel, within specified inclinations, therefore minimizing the turnaround time in port. 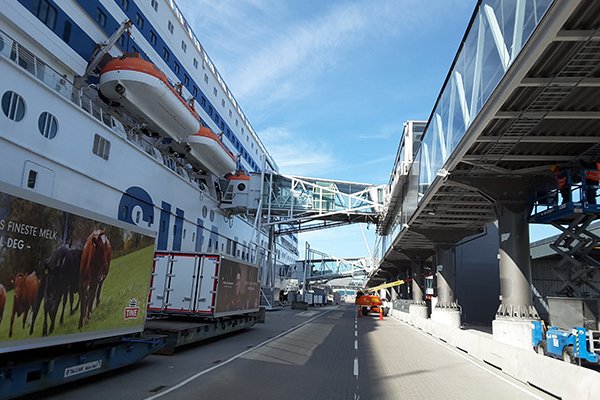 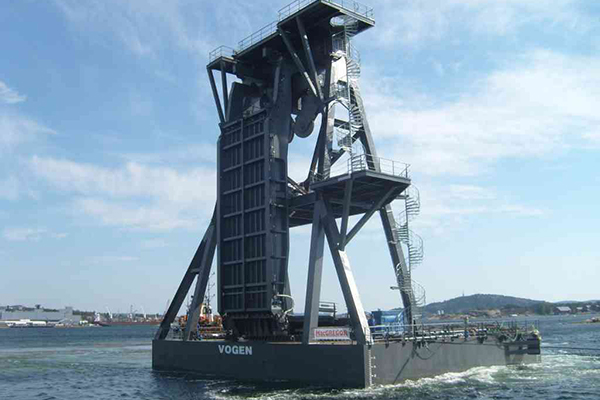