Drilling over 9 kilometers of RD piles through varying fill layers in Sompasaari, Helsinki

SSAB is delivering 500 tons of RD piles for the foundations of apartment blocks constructed by Lemminkäinen in Sompasaari. Helsinki. Sompasaari is part of Kalasatama, a trendy new residential area in Helsinki. The atmosphere of the old industrial harbour area is still present. Kalasatama has its own metro station located beside the shopping centre REDI. Downtown Helsinki can be reached in minutes. Construction work in the Sompasaari area has been planned to realize during 2014 - 2020. In the future Sompasaari will be home to approximately 3000 residents. 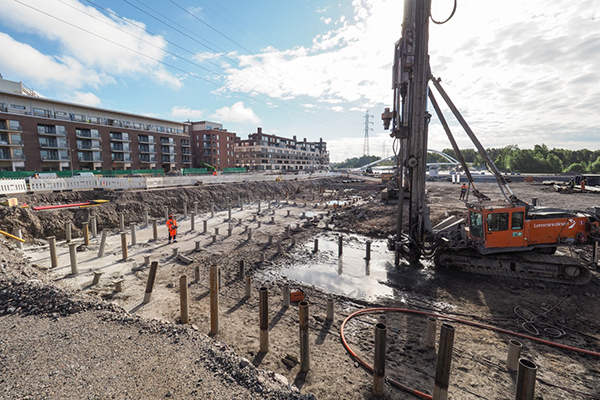 RD piling in Sompasaari during autumn 2017.

SSAB is delivering RD piles for the foundations of the apartment buildings Asunto Oy Helsingin Takila and Asunto Oy Helsingin Puosu in Sompasaari. RD piles were chosen as a solution for the foundation due to varying fill layers. Old fill layers may contain also unexpected materials, which were acknowledged during design phase. “Projects have been proceeding according to our original plans. The risks evaluated during project planning did not realize. Varying old fill layers didn’t cause any surprises during drilling”, says Jani Kinnunen, Foreman, Lemminkäinen Infra Oy. 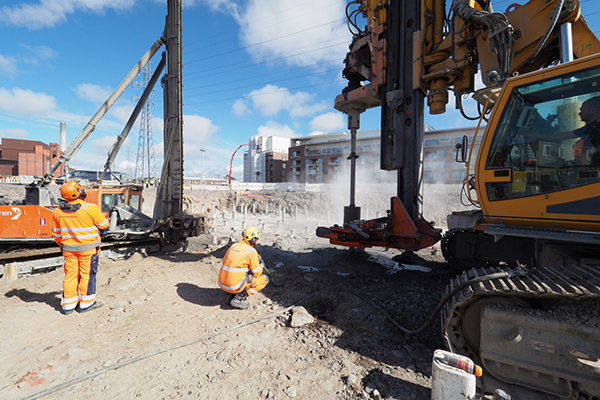 Asunto Oy Helsingin Takila is the first of the four housing companies in the seaside residential block, located by a canal in Sompasaari. SSAB has delivered 4 800 meters of RD220/10 and 2 100 meters of RD220/12.5 for the project. There are in total 331 pile points. Steel grade has been S440J2H and the pile pipes have been delivered in 12 meter lengths. Piling work has been completed. Estimated completion time for the building construction is 30.9.2018. 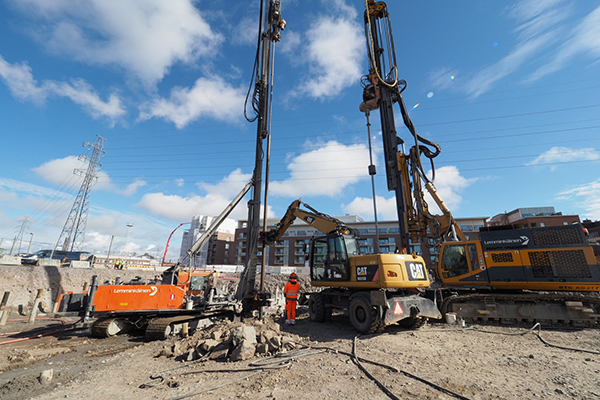 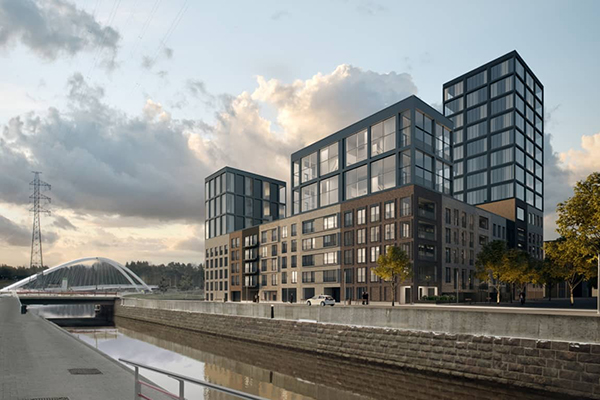 Piling work for the foundations of apartment building Asunto Oy Helsingin Puosu will be finished by the mid-December. SSAB is delivering 1 600 meters of RD220/10 and 600 meters of RD220/12.5 for the project. There are in total 135 pile points. The pile pipes are delivered in 12 meter lengths and steel grade is S440J2H. Puosu is a 5–8-storey building, consisting of 43 apartments. It is being built by the seashore in Sompasaari having views of the sea and the Mustikkamaa island. Estimated completion time is 1.3.2019. 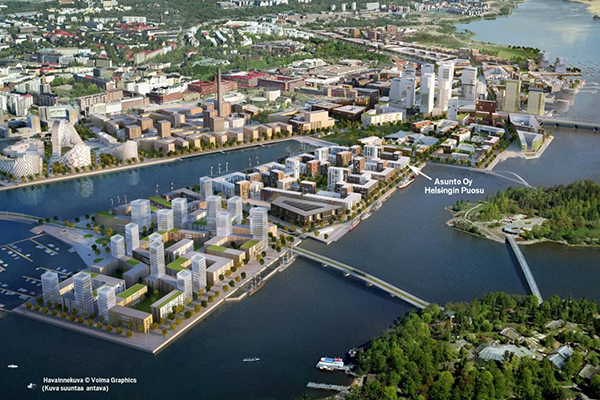 Asunto Oy Helsingin Puosu is being built by the seashore in Sompasaari, Helsinki. (Havainnekuva © Voima Graphics)

SSAB will continue deliveries to Kalasatama for foundation projects. Next deliveries will be to Lemminkäinen Infra Oy for the foundation of Helsinki's Kaupunkiympäristötalo building. Deliveries will include RD270/10, RD320/10 and RD400/12.5 pile sizes. In total approximately 7 kilometers of RD piles.