Media archive What can I do for a sustainable future?
Share this:

What can I do for a sustainable future?

I planned to head north during my summer holiday and do a spot of fishing. Right to the top of Sweden and way, way out into the mountains. The countryside up there, as you pass streams and lakes, is absolutely breathtaking. It’s truly captivating.

But the sad thing is that right in the middle of all this beauty is that nowadays, you also end up finding loads of rubbish that other people on hiking and fishing expeditions have left behind. Beer cans, plastic packaging, disposable barbecues and other stuff that Mother Nature won’t break down for centuries. And I thought to myself, “this isn’t sustainable”. The countryside didn’t look like this 15 years ago, and in another 50 years people won’t even want to come here at this rate. 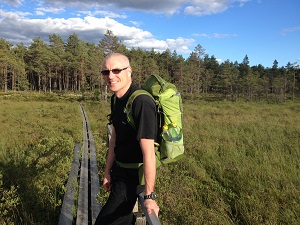 Maybe the word ‘sustainability’ is already starting to sound like a well-worn cliché. Well-worn, not because it’s been used for a particularly long time, more because it’s being used more and more frequently in various contexts relating to the environment. But this is exactly what it’s all about in our everyday lives. What can I do so as not to spoil things for the future? I think a lot of people have decided how they can help to slow the decline. Personally, it’s fairly easy to decide what initiatives to implement. We return cans, we travel by train instead of taking the car, we don’t pour leftover paint down the drain, we replace oil-fired heating with heat pumps – to name but a few examples. People’s choices aren’t always guided by the most economical alternative, either; our consciences also have a part to play.

It can be harder to change things at work, and we often need to introduce rules on how people should work with these issues and relate to sustainability. We have these rules at SSAB, too. We’re managing other people’s money, and it’s their attitudes to the issue that have to be turned into action. But let’s leave SSAB for a moment and look ahead in the value chain. What about our customers, and our customers’ customers? Upgrading to higher-strength steels has historically come about through financial incentives, where companies can turn lower weight into money. Our customers become more competitive as they can offer solutions that are able to transport more and reduce their own customers’ fuel consumption. But not everyone has bought into this. There are still loads of lorries that aren’t lightweight and optimized financially for their service lives. Lorry drivers who are employed by companies may not think the financial gain to be made by upgrading is all that important, as it’s the employer who gains from the increased load-bearing capacity and the reduction in fuel consumption, not the drivers themselves. But what happens when this kind of driver suddenly realizes that this approach isn’t sustainable? There’s a better solution for this kind of transportation. Do these drivers go to their employers then?

I’m absolutely convinced that we’ll see another great driving force for upgrades among end-users in years to come. Individuals will want to do as much as they can to give Mother Nature a helping hand, both at home and at work. But the great thing about high-strength steels is that you can have it both ways. The owner of the lorry finds it’s more economical, while the person driving it has a clearer conscience. This might be the same person, but it doesn’t have to be. Not all companies in the value chain have realized it yet, but we’re now seeing some extremely strong incentives for the use of high-strength steels as the environment is acting as a driving force. And that’s a good thing – because there are no losers in this case, just winners. 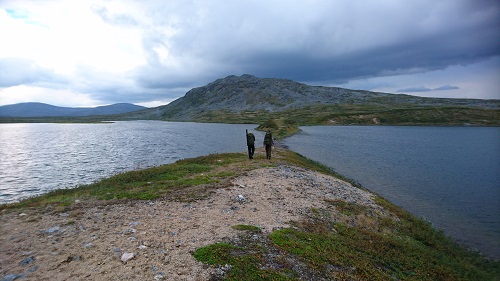 As regards the cans on the mountain, there’s a pretty simple solution. If everybody who goes there makes a point of taking their own rubbish home with them and taking a bit of the other stuff that’s been left behind as well, the problem will be resolved in just a few years and will never occur again. Things aren’t quite as simple as regards the environment, but the principle is the same.