Daniel Ryfa, Sweden’s top aerobatic pilot, is as passionate about building planes as he is about flying them. To get the bendability and strength needed for veteran planes, he uses SSAB’s Docol 600. 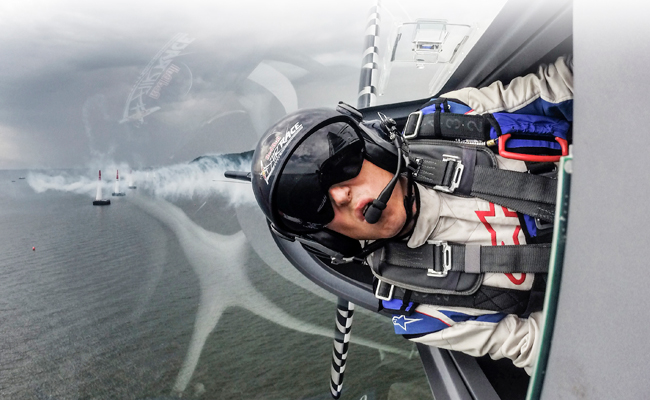 Many two-year olds are passionate about airplanes and flying. Few of them grow up to be pilots and plane engineers. Daniel Ryfa did both. “I started out with gliding when I was 14 and got my first pilot’s license as a teenager,” says Daniel. Daniel quickly developed an interest in aerobatics and has won several championships, among others the European Advanced Aerobatic Championship in 2009. He started building his first plane when he was 20.

Today, Daniel flies private jets and in his spare time keeps himself busy building a plane from a model from 1910, originally built by the Swedish aircraft pioneer Enoch Thulin. “At that time, planes were built with ash wood, but Thulin also used mild bendable steel. However, the standard of the steel that Thulin used was very weak, and I wanted a material that meets modern standards,” says Daniel. Daniel found that Docol 600 sheet metal fit the bill, and as SSAB took an interest in the project, Daniel is now provided with all the steel he needs.

M. Torre extends lifespan of tipper bodies by up to 30% with Hardox® 500 Tuf steel

Since switching from SSAB’s Hardox® 450 steel to Hardox® 500 Tuf, M. Torre, a Spanish manufacturer of tipper bodies for the recycling industry, has extended the lifespan of its products without having to alter its processes. The result is a tipper body that is not only between 25 and 30% more durable, but also lighter and more sustainable.

When Polish Bodex wanted to improve the durability of its vehicles, without increasing the weight, it looked no further than SSAB Steel Service Center Oborniki. The result is an innovative new trailer design made from Hardox® 500 Tuf steel that is stronger, more durable, and more sustainable.