Media archive SSAB in Oxelosund investigating the possibilities for fossil-free production
Share this:

SSAB in Oxelösund investigating the possibilities for fossil-free production

SSAB in Oxelösund is facing major choices in which certain plants will have to be renovated over the next few years. Decisions taken today will affect production for decades to come. The choice involves either making major investments in coal-based technology or investing in a different solution to pursue alternatives to the use of coal.

"Both choices involve major investments making it interesting to head in the direction of non-coal-based manufacturing. This is why we are now studying the possibilities of switching to an electric-arc-furnace-based production for scrap and virgin iron commodities. The study is a part of SSAB's long-term strategy where environmental and sustainability issues play an important role", explains Martin Pei, the SSAB’s technical director. 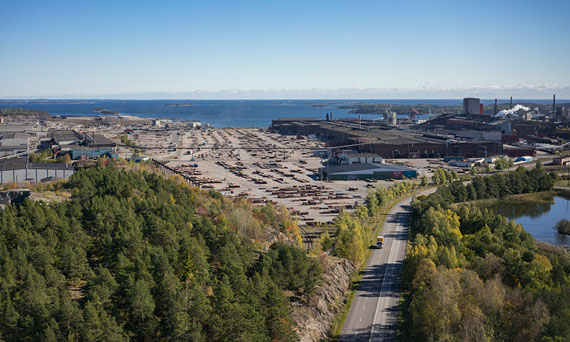 An electric-arc-furnace-based production results in significant reductions of carbon dioxide emissions down to less than one-tenth of those for iron ore-based production. This would entail that production would no longer be carried out in coking plants and blast furnaces and that the LD process would be replaced with what is commonly referred to as an electric arc furnace which smelts scrap with the aid of electricity - a solution which also requires significant changes in the current energy system.

“Oxelösund is an integrated operation where residual gases from coking plants and blast furnaces are used as energy in other operations. We need to see there whether natural gas or biogas can replace the production gases, but more powerful electricity supply is required for the electric arc furnace" explains Martin Pei.

The changes in the production system have to be performed in several stages and investments will be made gradually over a ten-year period. The first is that the energy system in which the first step needs to be ready in 2021 when the dispensation for dust emissions for battery 5 expires. An application for an expansion of the transfer capacity for electrical power for the electric arc furnace must also begin within 3 – 7 years. Electric-arc-furnace-based production should be ready in 2026 and take over the raw iron production from the blast furnace when its production lifecycle ends.

"This is a unique opportunity for Oxelösund to secure production in the region. We have a 100-year-old steel tradition in the area and if we are successful in transitioning to more sustainable production we may perhaps be able to secure manufacturing for the next 100 years", says Jacob Sandberg site and production manager at Oxelösund. 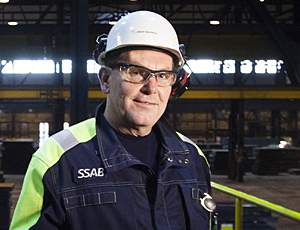 The study is expected to continue over the next year and a decision will be possible in 2018 at the earliest. SSAB is working broadly to reduce emissions. Plans are being made in parallel for where a possible pilot plant for the initiative for a carbon dioxide-free steel industry, HYBRIT, will be built.