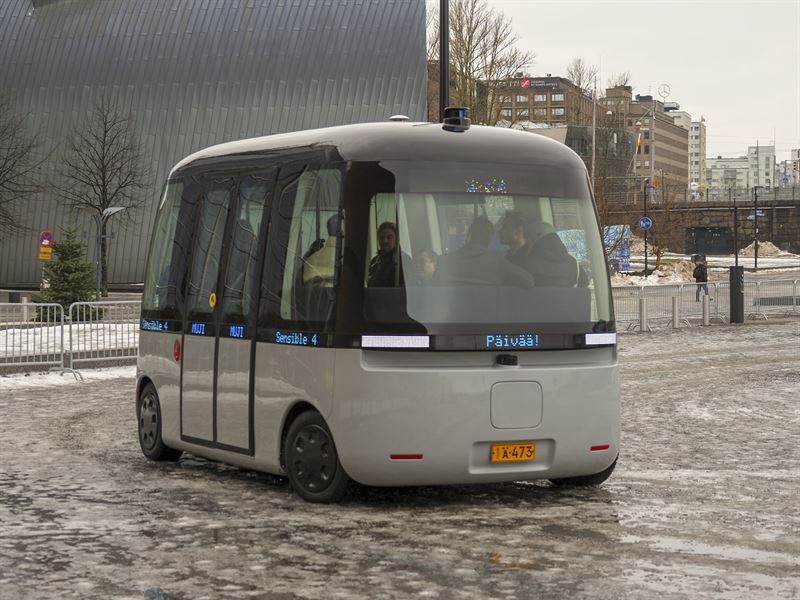 The autonomous shuttle bus will begin to take passengers in Espoo in April. Later this year, this new style shuttle bus will also be seen in Hämeenlinna, Vantaa and Helsinki. Gacha had its first run last Friday, March 8, in Kansalaistori square in front of Helsinki Central Library Oodi. Sensible 4 plans to have Gacha shuttle buses in operation on public roads in Finland and elsewhere already in 2020. The company’s goal is for driverless buses to be part of public transport in 2021.

State-of-the-art technology innovated by Sensible 4 enables the bus to operate throughout the year in all weathers, whereas MUJI’s sleek design makes the bus user friendly. SSAB has sponsored the first shuttle bus by donating the Docol® steels, both round- and square-shaped Docol® Tube 780 and Docol® Tube 980 precision tubes. In addition, SSAB provided Docol® Tube 700LA for the chassis structures. The precision tubes were required to have good bending properties since the body panels of the bus feature many curves. The bus weighs just around 2,000 kg and so it was important to minimise the weight of the steel structures. SSAB’s high-strength steels enable lighter and more durable frame structures.

The idea for Gacha came about when the Sensible 4 team working on autonomous shuttle buses noticed that driverless buses don’t even operate in a light drizzle let alone in typical Finnish winter weather conditions. In terms of design, the small Gacha bears little resemblance to a traditional bus. There is no separate space for the driver and instead of rows of seats, the seating follows the curved shape of the exterior body thereby giving passengers extra space. What is special about the new autonomous shuttle bus is that there is no front or back, and the bus is able to run in both directions. A band of LED light encircles the outside of the bus serving both as the vehicle’s headlights and an information screen. 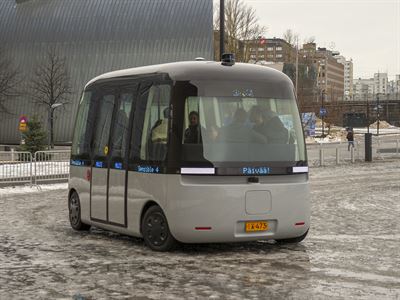