Duroxite overlay will be introduced at MINExpo September 26-28 in Las Vegas, NV, US. With this new overlay product, Hardox Wearparts now provides a holistic wear offering for end users. Offering both the industry leading Hardox® wear plate and now Duroxite overlay products; Hardox Wearparts can provide the best wear solution for their customers’ environment and applications.

The Duroxite overlay is comprised of abrasion resistant materials deposited on top of mild steel or Hardox wear plate to create an extremely wear resistant compound material. Duroxite is manufactured by SSAB, producer of Hardox wear plate and a company with extensive metallurgical knowledge in the wear arena.

Duroxite overlay works especially well in sliding wear environments where small and hard materials are processed such as coal with high quartz content. It also plays an important role as a wear resistant material in high temperature environments.

“Customers can expect the best wear properties and longest service life from Duroxite as they have come to expect from Hardox,” says Gregoire Parenty, Head of SSAB Services. “It’s a natural choice for many industries such as mining, cement production and handling, coal-fired power generation and several other applications.”

The Duroxite difference is guaranteed

Duroxite comes with guarantees that are unique for the overlay market. Duroxite overlay products are delivered with an overlay thickness guaranteed within +10%. This is consistent throughout the plate and from plate to plate.

Further, consistent wear properties are guaranteed throughout the plate down to 75% of the overlay thickness as opposed to just the surface of the overlay. The remaining 25% of overlay is the transition layer necessary to maintain good bonding to the base plate. An optimal carbide composition ensures homogenous bonding between the base metal and overlay adding to the high wear resistance and long service life of Duroxite.

Duroxite to be introduced at MINExpo

To learn more about Duroxite and its benefits to the mining industry, visit SSAB’s booth #913 at MINExpo. Ross Wylie, Head of Hardox Wearparts Americas, will be available for media interviews at the booth. To arrange an interview with Ross, please contact Andie Drobnik, Marketing Manager for SSAB North America, andrea.drobnik@ssab.com, +1 630-810 4774. 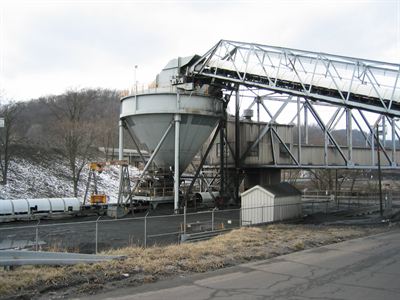 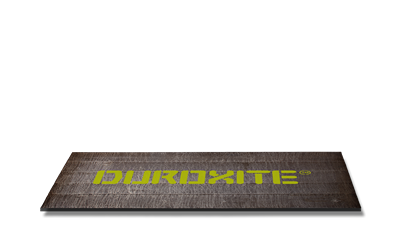 Located in Konya, in the Anatolian region of Turkey, Hidrokon has been producing cranes since its establishment in 1993. The incorporation of Strenx® high-strength steel from SSAB has enabled Hidrokon to make its crane components lighter, safer and more durable.

SSAB will start supplying commercial volumes of fossil-free steel to the market in 2026, when also SSAB’s subsidiary Tibnor will be ready to distribute it to customers across the Nordics. ”Tibnor is a very important channel for SSAB on our Nordic home market,” says Matts Nilsson, Head of Sales Sweden & Norway at SSAB Europe.