Newsroom SSAB, LKAB and Vattenfall one step closer to production of fossil-free steel on an industrial scale
Share this:

SSAB, LKAB and Vattenfall one step closer to production of fossil-free steel on an industrial scale

SSAB, LKAB and Vattenfall are taking the next important step to be the first in the world with a value chain for fossil-free steel. Within the framework of the HYBRIT initiative, preparations are now under way for the construction of a demonstration plant on an industrial scale, and consultations have  begun for deciding on placement of the plant in Norrbotten, Sweden.

The plan is for construction to start in 2023, with the goal of taking the plant into operation in 2025.  The intention is to be able to demonstrate full-scale production with a capacity of just over one million metric tonnes of iron per year, i.e., 20% of LKAB’s total processing capacity at Malmberget and almost half of the production capacity of SSAB’s blast furnace in Luleå. The goal is to be first in the world to produce fossil-free steel as early as 2026.

HYBRIT is now starting an investigation into the selection of a location for the demonstration plant. Parallel consultations are being launched at two sites in Sweden: the Vitåfors industrial estate in Gällivare Municipality, where LKAB has mining operations, and the Svartön industrial estate in Luleå, where facilities including SSAB’s steel mill and LKAB’s ore port are located.

The purpose is to consult and conduct an open dialog about the location and design of the plant ahead of the upcoming selection of the site and permit application. Consultation with government agencies, organizations and the public will begin in June and conclude in September 2020. The choice of location will have a major impact on future competitiveness and climate benefits. Investment decisions will be made once the authorization procedure and other investigations have been completed.

“We want to build the plant in Norrbotten. There’s good access to fossil-free electricity and competence here, as well as close collaboration with academia and the community. A demonstration plant for fossil-free iron production would also be positive for growth and jobs in the region, as well as contributing to a major climate benefit,” says Martin Pei, Chief Technical Officer at SSAB and Chairman of HYBRIT.

“For LKAB, HYBRIT is an important piece of the jigsaw puzzle in a green transition, in which we want to climate-optimize the whole chain from mine to finished steel by the year 2045. We want Norrbotten to be a world-leading arena for innovation and a center of knowledge for the global mining and minerals sector,” says Markus Petäjäniemi, Senior Vice President Market and Technology at LKAB.

“It’s very positive that Vattenfall, together with our partners, is continuing to take clear steps forward with HYBRIT. Electrification with fossil-free electricity and hydrogen means that fossil-free steel will be making a very important contribution to our fossil-free future,” says Andreas Regnell, Senior Vice President Strategic Development at Vattenfall.

HYBRIT’s pilot phase will run in parallel with the demonstration phase. In Luleå, the pilot plant for fossil-free steel will be fully constructed during the summer, and preparations are also under way to initiate construction of a temporary hydrogen store in order to test the technology for storing hydrogen in caverns.

About HYBRIT
Hybrit Development is a joint venture between the steel manufacturer SSAB, the mining company LKAB and the energy company Vattenfall. The objective of the joint-venture is to develop the world’s first fossil-free, ore-based steelmaking process. The byproduct of using fossil-free electricity and hydrogen in steelmaking, instead of coke and coal, will be water instead of carbon dioxide. The initiative has the potential to reduce Sweden’s total carbon dioxide emissions by 10 percent. The HYBRIT initiative has been granted financial support from the Swedish Energy Agency. www.hybritdevelopment.com 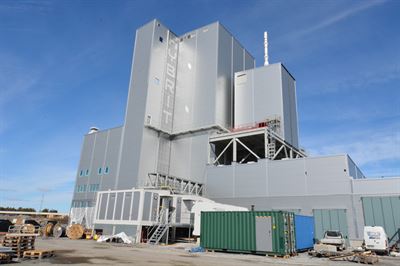 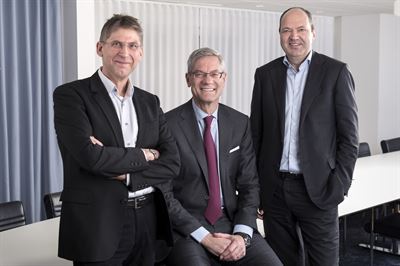