Newsroom SSAB tubular products on show at Tube 2022 in Düsseldorf
Share this:

SSAB tubular products on show at Tube 2022 in Düsseldorf

On June 20-24, SSAB participated in the Tube 2022 trade fair, held every other year, in Düsseldorf, Germany. Due to Covid-19 many trade fairs have been canceled or pushed back in recent years, and now that the Tube trade fair was finally held, there was a great atmosphere. This was the first Tube trade fair where SSAB Europe and SSAB Special Steels showed their tubular products together.

During the week, SSAB’s booth attracted enthusiastic visitors who were keen to meet our professionals face-to-face. SSAB’s booth featured some of our extensive offering of tubular products including Hardox® and Strenx® tubes as well as steel piles, precision tubes and Weathering tubes. 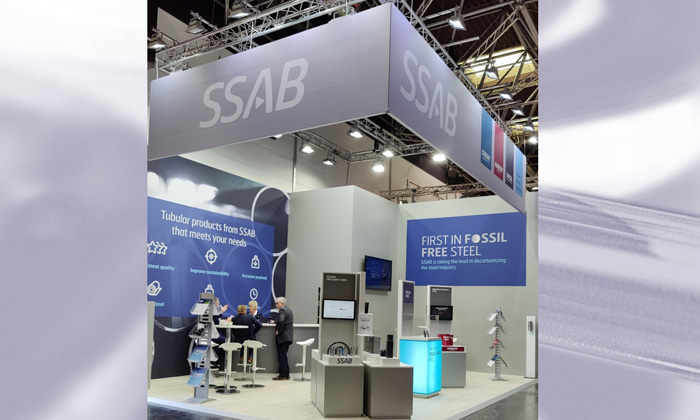 Visitors were really interested in the tube samples and the videos shown. Productive discussions were held on different themes such as our production capability. SSAB’s people also took the opportunity to network. The hottest topic was naturally fossil-free steel and visitors to the booth were keen to hear more about this. Other topics of interest included the current state of the steel industry. The general impression was that SSAB is known for its efforts which have taken the company to the leading position in reducing carbon dioxide emissions in steel making. Deeper discussions raised the question of prices, increased energy and freight costs, as well the available capacity at suppliers.

Tube 2022 was very well organized and people had a good chance to network and meet potential new business partners.  Economic challenges and the pandemic continued to effect visitor and exhibitor numbers at Tube 2022, but all the same, it attracted 765 exhibitors from 44 countries.

SSAB also had a competition at the booth, where visitors could drop their visitor’s card in to a box and have a chance to win a Helkama Jopo bike. More than 200 people took part.

Düsseldorf is and will remain a key place to exhibit our tubular products and it is very important to have a presence at this trade fair. Thank you to everyone making Tube 2022 such a success.